The 3D content you make will have to be anchored to the Physical or Virtual World at some point.

All anchors can only be selected by hitting the "Anchor" button in the Main menu. You can't tap on them to do so. Plus, you can't multiselect an Anchor with its belonging elements.

When you create a new project you have to choose the type of location and anchor you want for your experience. See more details in the Project section.

The physical environment isn't useful for all anchors. Depending on the anchor type, scene elements collide with it or not. See below for more details by anchor type.

For all AR project, elements are semi-occluded by the physical environment. This helps you get a sense of the precise position of the elements in the physical world. This is especially useful for those using Minsar Studio on mobile AR devices. Rest assured, this is not enabled in Preview and View modes.

Note that you can select an anchor by using the "Anchor" button in the Main menu. Then change its type thanks to the "Change Anchor type" button. 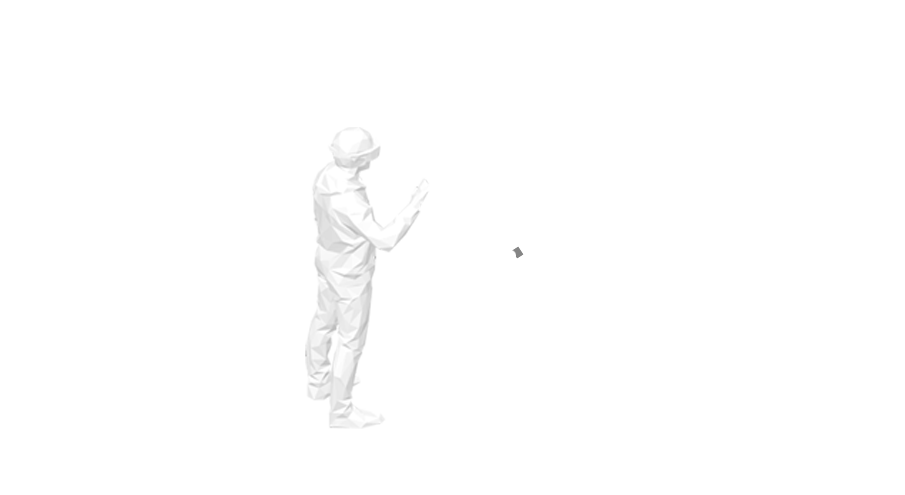 This means that elements don't collide with the Simple Anchor, nor the Spatial mapping. 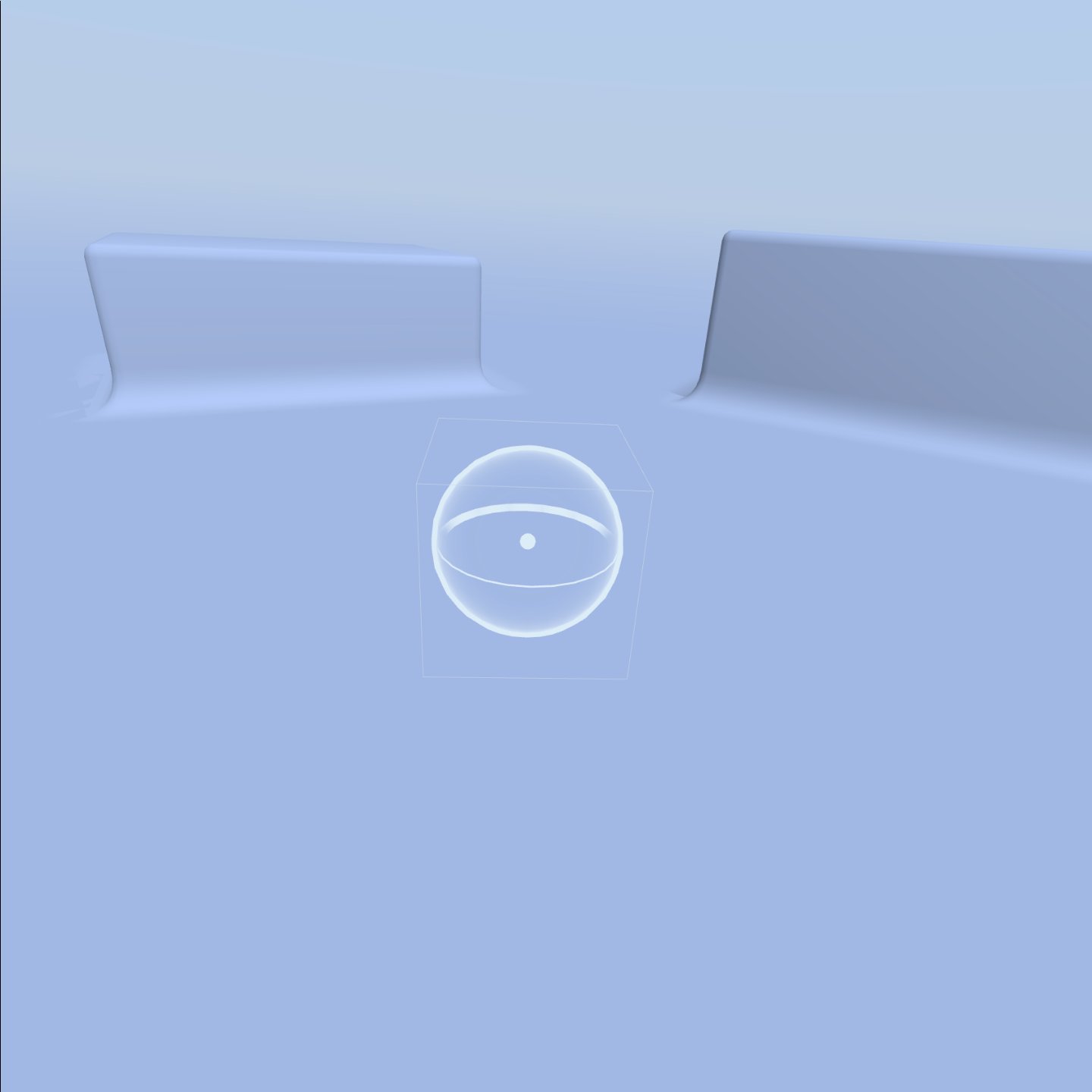 The resulting experience could potentially be opened from anywhere, whether in Physical or Virtual Worlds, but might be bigger than the ideal space needed to watch.

If you move the Simple Anchor while it's not selected (and no other element is selected), all its anchored elements will move with it.

If you want to move only the Simple Anchor, select it and then move it.

When selected, you can rotate it to change its orientation among its anchored elements. The orientation is important for the opening of the experience.

Select the "Gaze placement" option in the "Anchor" menu to reset its placement.

The visitor has to tap to place the anchor where they want it to be. 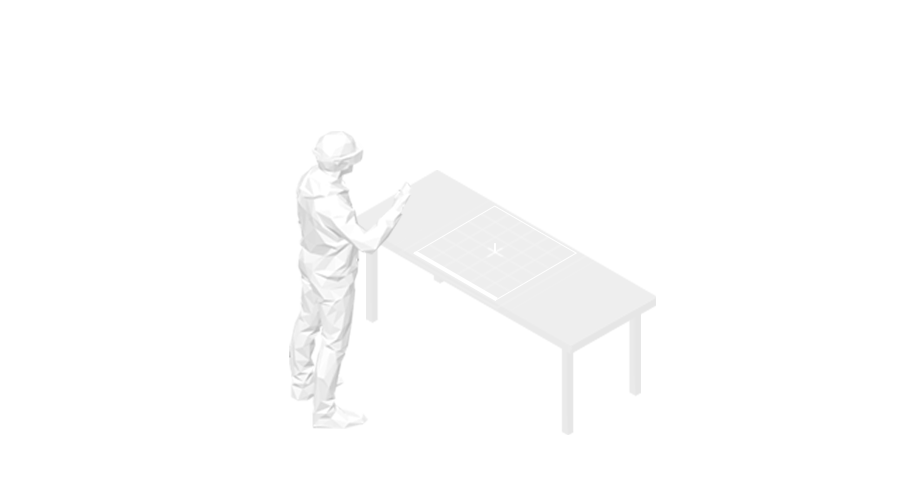 The same experience using a Surface Anchor will be responsive to its environment, using its dimensions to find the best 2D surface (a ground, a table, a desk, etc.) in the current field of view.

There are 2 types of Surface Anchor:

Elements only collide to the level of the Surface Anchor, not with the Spatial mapping.

To move the Surface Anchor, drag and drop its borders:

Select the "Gaze placement" option in the "Anchor" menu to reset its placement.

You can edit the Surface Anchor size thanks to handlers displayed when the Anchor is selected. 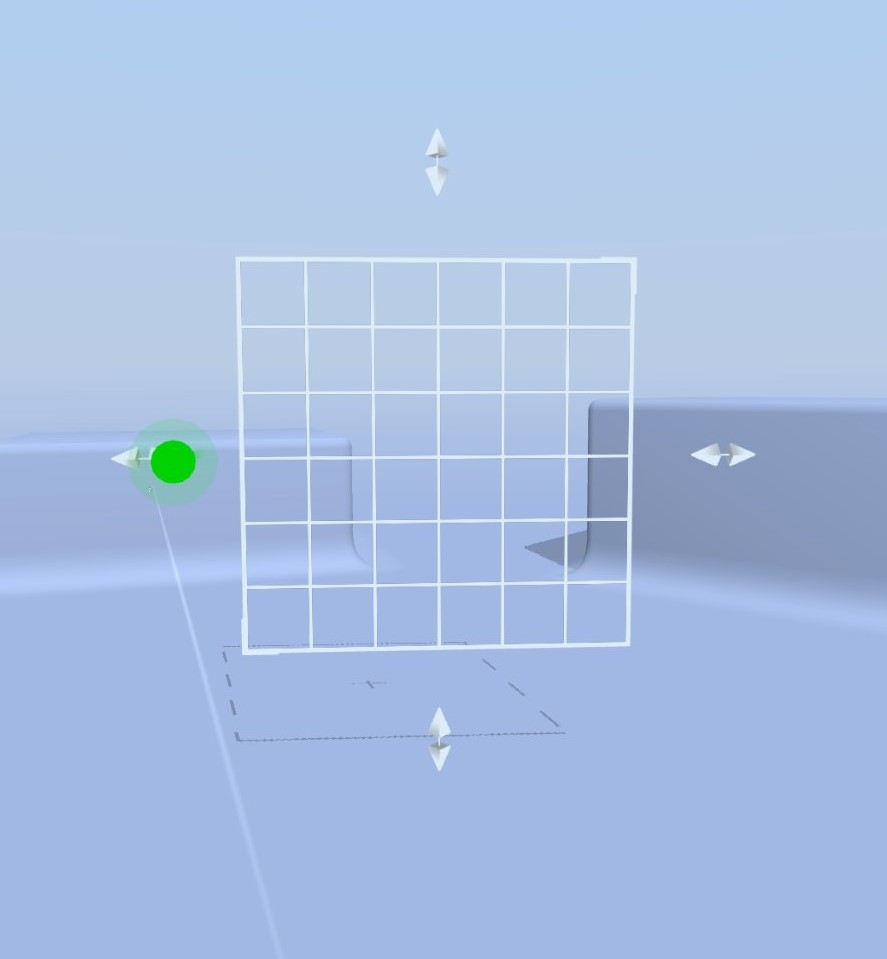 You can also rotate the surface anchors to change its orientation among its anchored elements, by using the green sphere. When using a Horizontal Surface Anchor, the orientation is important for the opening of the experience. Note that the widest edge is the one that will be the closest from the visitor at the experience opening. 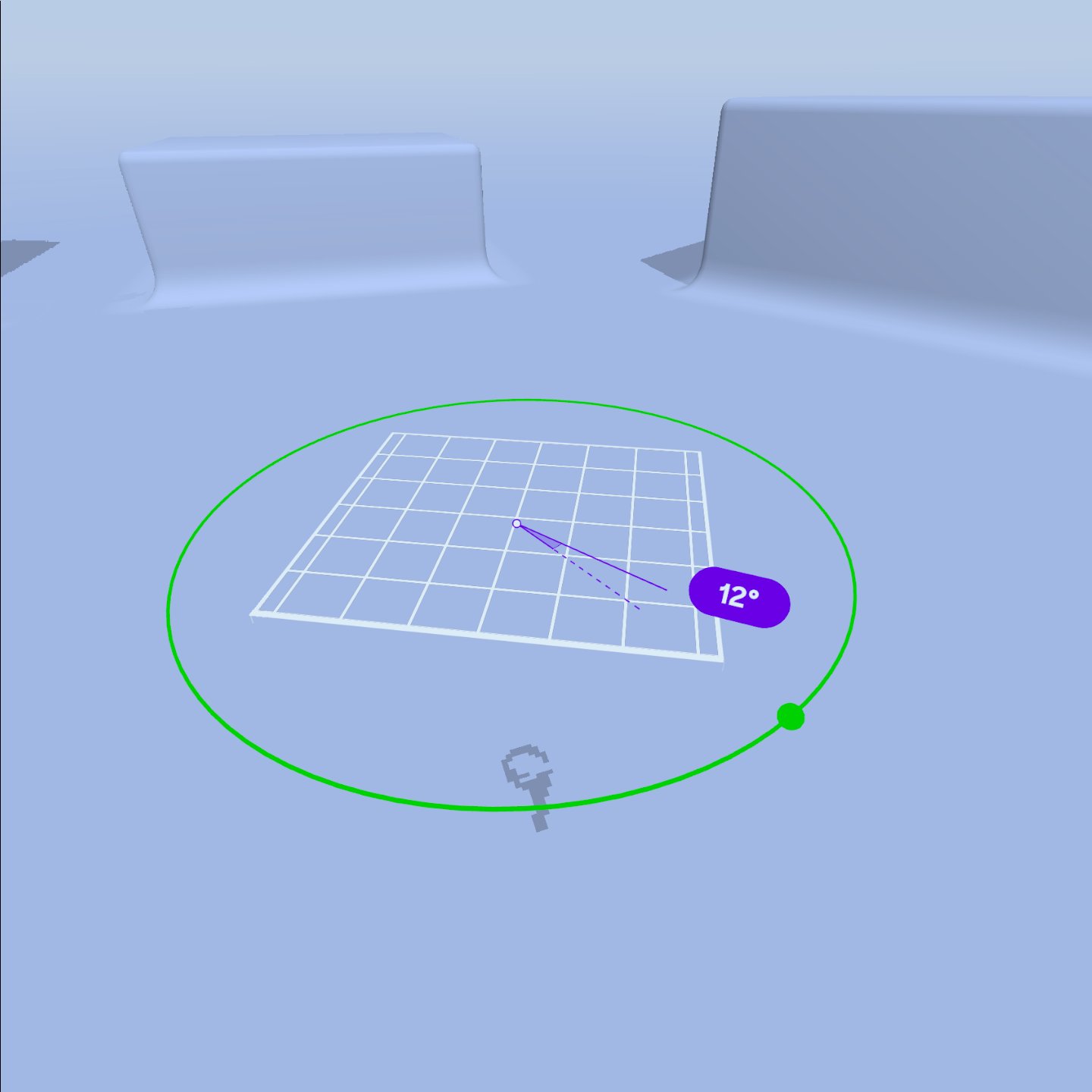 The visitor has to put the Surface Anchor on a compatible surface or in the air, then tap to place it.

[Available on iOS, Android, Magic Leap One and Oculus for now, soon on other platforms.]

Like a Surface Anchor but with an Image provided by the Creator to track. 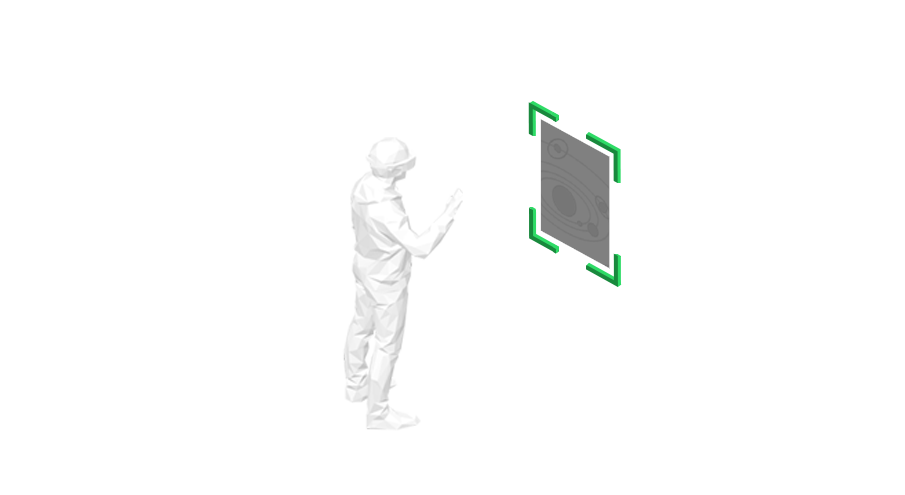 Elements only collide to the level of the Image Anchor, not with the Spatial mapping.

When you create or change Anchor type for an Image Anchor, you need to:

If you want to change its position you can either:

You can change the width of the image to detect in the Properties of the Image Anchor.

You can replace the image to use as an anchor thanks to the "Replace image" button in the Image Anchor menu.

How to choose your image?

The image you choose must be contrasted enough for Minsar to be able to recognize it in the environment, with as many details as possible on the image.

Here are a few main guidelines to help you choose your image. 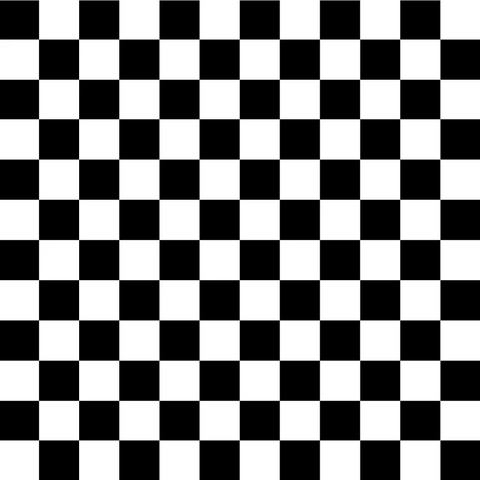 Here are some examples of a good image anchor : 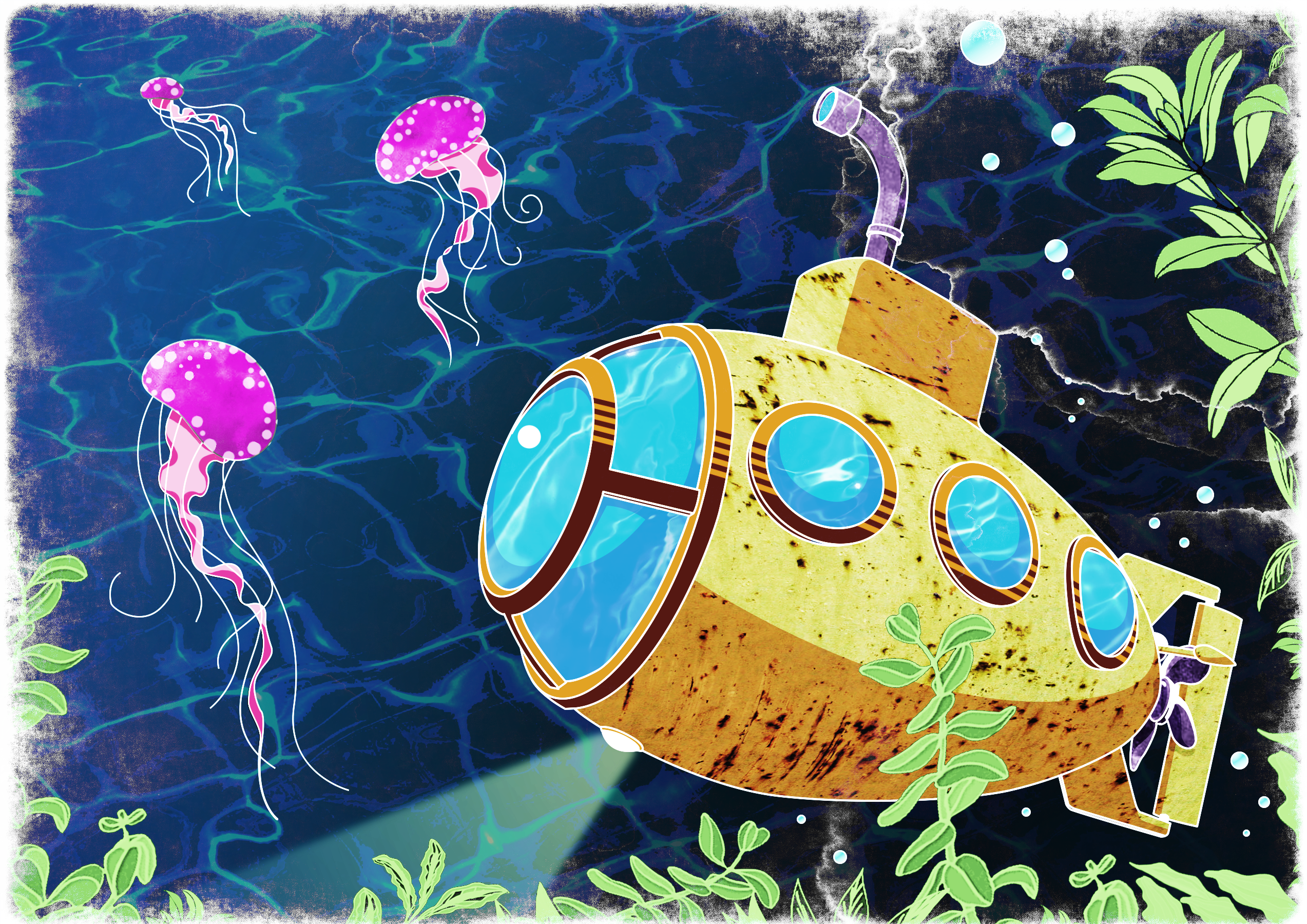 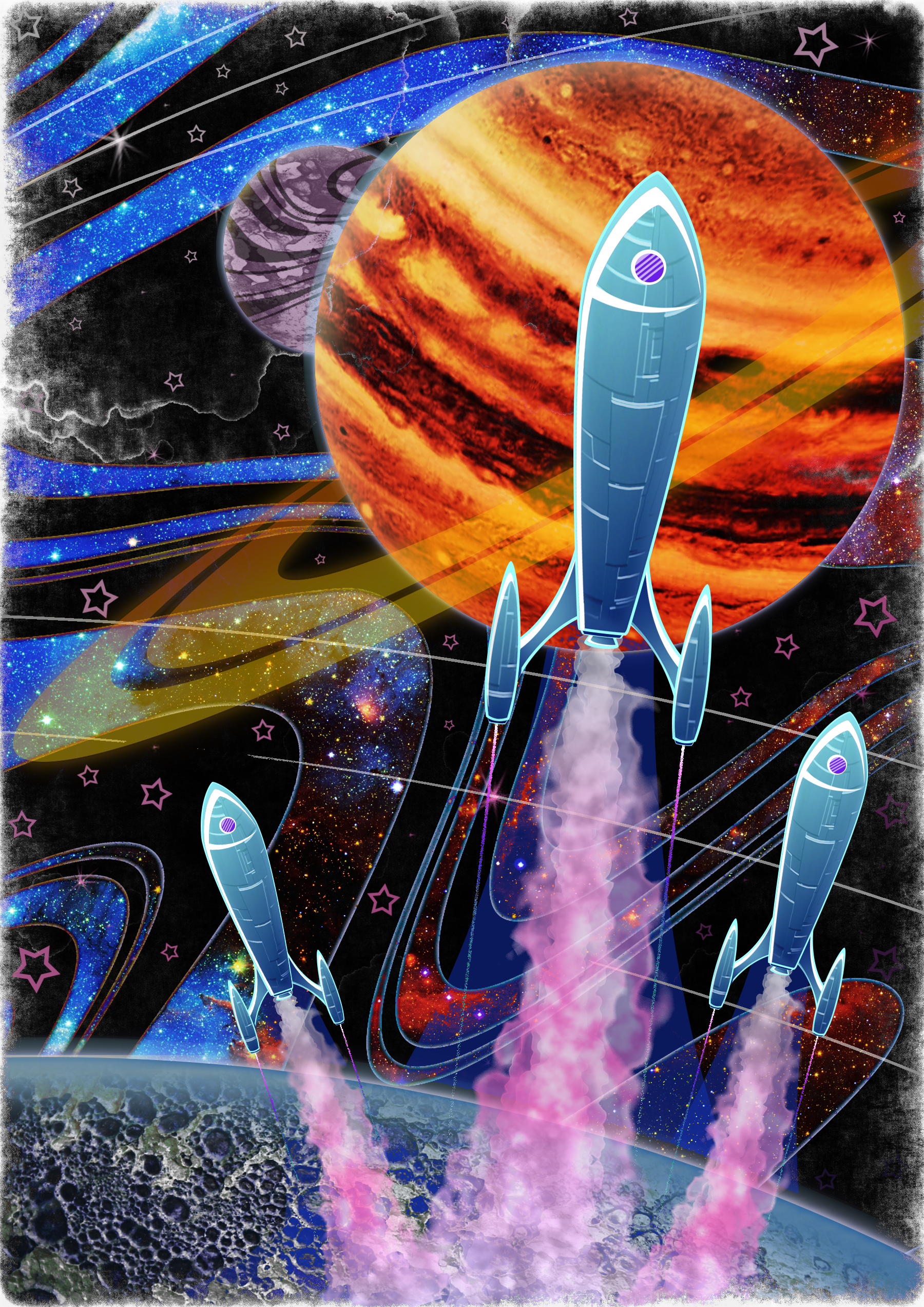 Help your device find the image

To find the image in the environment, you must also help Minsar by moving your phone close enough to the image so that Minsar can snap the anchor on it. In addition, you must ensure that your digital image as well as the printed one have the same format: if your digital image is square whereas your printed image is an A4 format, Minsar will have trouble locating it.

Also, make sure to correctly set the actual physical size of your image when creating your anchor. For instance, if you print your image on an A4 format, set the width of your anchor at 21cm.

iPad devices are great for AR, but we found out the iPhone is better for images recognition (for now). Favor them to create projects and visit experiences with Image Anchor.

Watch this video to see an example of an experience using Image Anchor:

When the matching image is detected, the Image Anchor automatically snaps on it and moves along with it (unlike in edit).

Spatial Anchor is currently not available

If a Spatial Anchor is chosen for a project, elements will be anchored to the Physical World. In other words, they will be physically tied to the current exact surrounding. 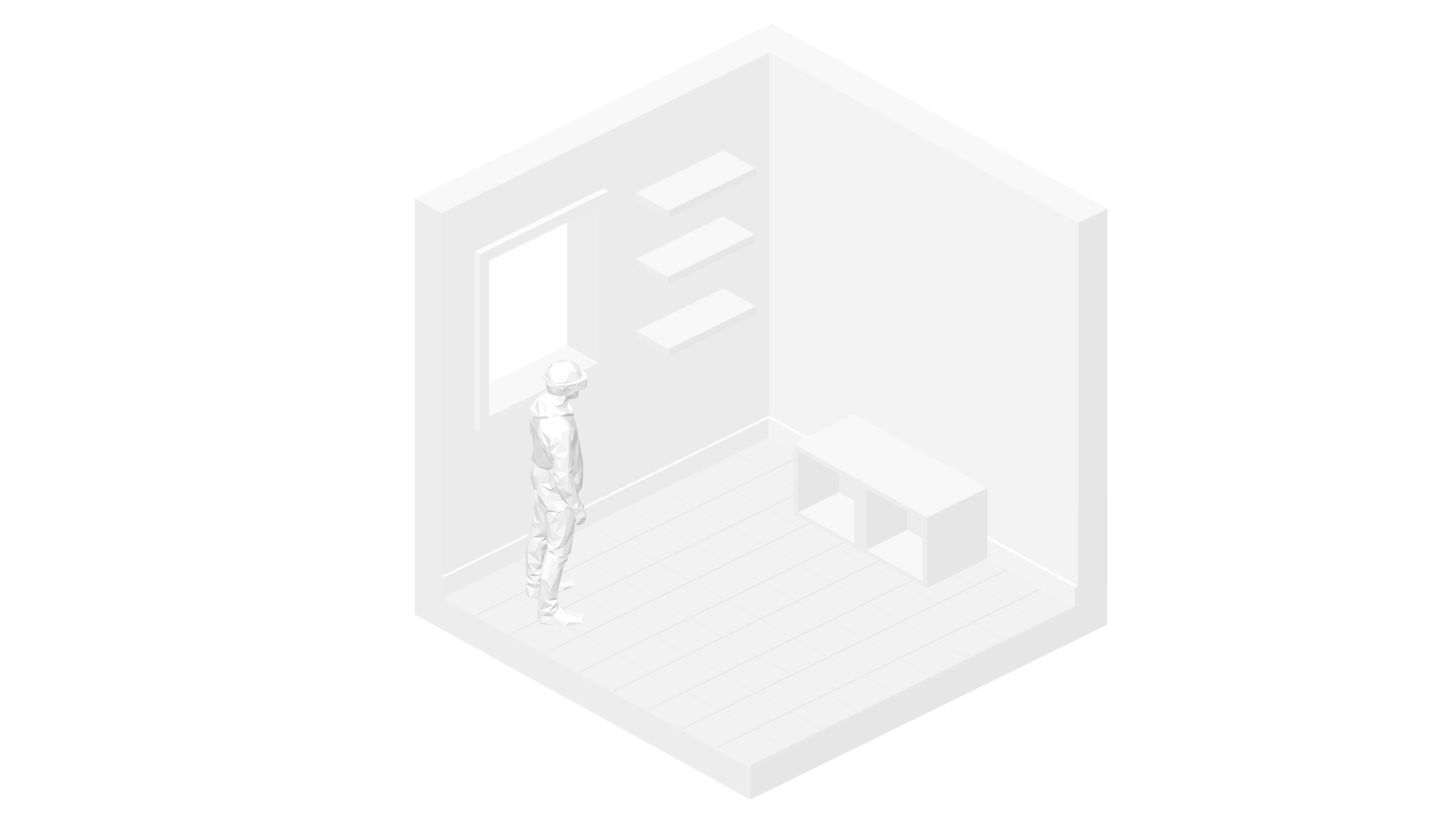 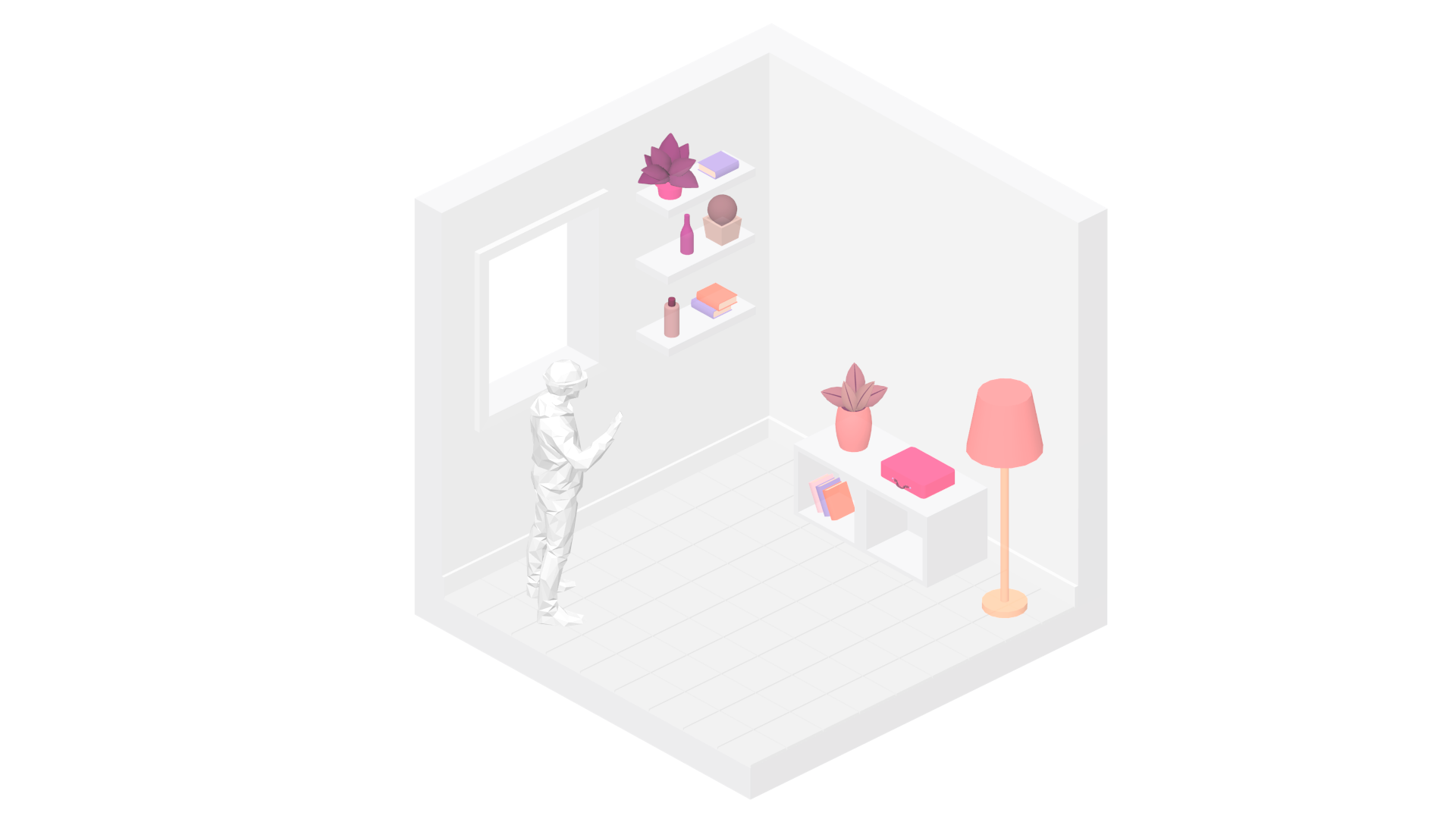 Adding a Spatial Anchor has a major impact

There are 2 types of Spatial Anchor:

After you chose the Spatial Anchor, you must:

Later you'll be able to import a scan of a physical place to work on it from another place.

When the matching space is detected, the experience is automatically placed on it.

If they go to its border, the whole scene moves with them to follow them and make sure the user stays inside the Inner 360 Environment.

You can add scene elements to it, as for other types of anchor.

The Inner 360 Environment is fully independent from the physical environment. Then, elements only collide with the 360 video/image, not the Spatial mapping.

Once you have selected "Inner 360 Environment" anchor, choose a video or image in one of your providers.

Note that, if needed, the 360 Inner Image texture size is resized to 4k.

No floor by default

Note that no floor is displayed by default to make sure all your 360 image/video is fully visible to the visitor.

If you want one, you have to add it yourself, for example thanks to a modified shape.

Developers use responsive techniques to give insights as to where menus and other webpage elements should be placed on tiny, medium, and big screens. With Minsar Studio, you can do the same, but with Physical and Virtual Worlds, without the typical developer tooling.

The Creator has a deep knowledge of the area and knows for sure the Ancient Egypt room probably won't move in the foreseeable future, whereas some artworks might be moved to new places in that room. Artworks include sculptures and papyrus documents.

To create an environment-aware AR experience, the Creator will anchor some navigation elements (such as texts and arrows) using the Spatial Anchor, anchor contextual elements (like explainer videos) to artworks using Object Anchors and Image Anchors. 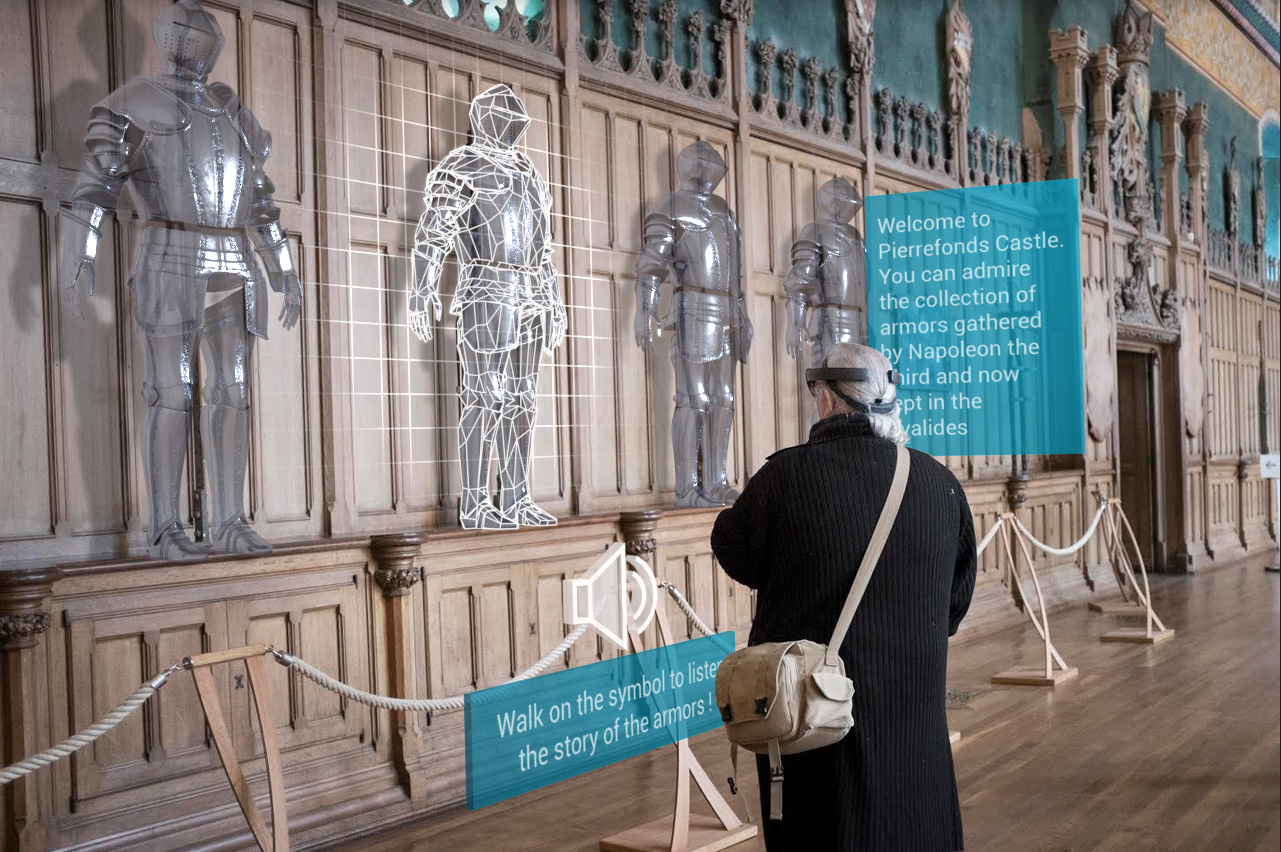 In this experience made by the Centre des Monuments Nationaux for the Pierrefonds Castle (France), most of the content is anchored to the world, while some other elements are anchored to physical objects such as paintings. 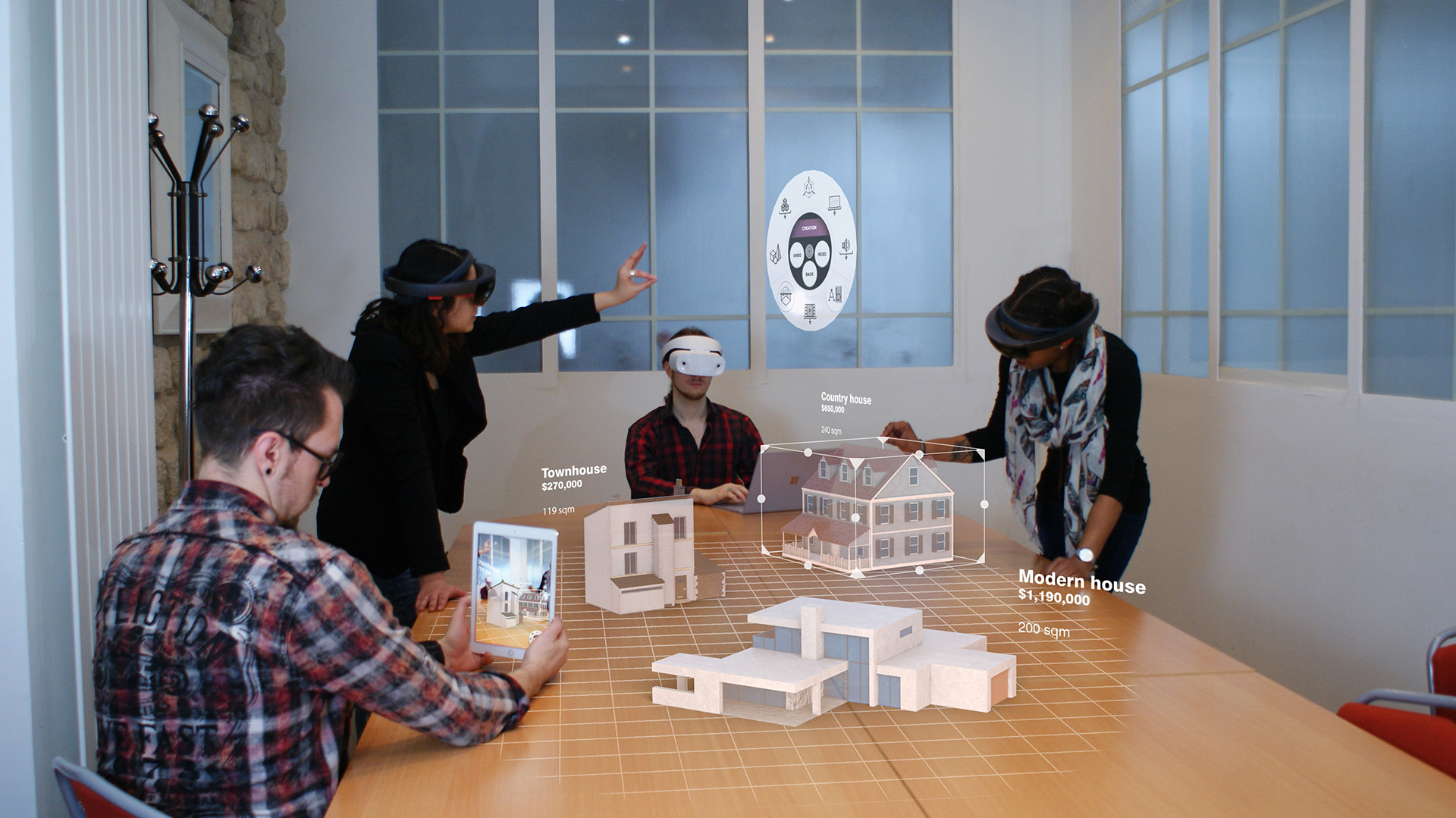 A picture of our team creating a project. It features a simple anchoring to a 2D World Surface. Once published, the resulting experience could be opened on any physical or virtual table, or on a floor at human scale if the space allows for it.

A concept we made featuring content anchored to a painting, using the Image Surface Anchor.

Not all anchors are created equal, and some of them might not be supported on all platforms you want to target.

Anchors are environment descriptors. They facilitate placement of your content, but not all of them are supported everywhere. See Anchoring for more details.

For instance, if you plan to create an experience on iOS while targetting HoloLens 2, don't anchor its content to a physical object like a painting. It'll work on iOS, but won't behave as intended on HoloLens 2.