The Web XR Viewer is now the default viewer

Initially introduced with Minsar 2.0, the Web XR Viewer offers an instant and frictionless access to XR content, from any mobile device. With recent updates, this viewer is now faster, more stable, and even more importantly, more popular than the XR View app.

We are therefore making the Web XR Viewer the default way to visualize published XR content made in Minsar!

We are thrilled about how things are going since we released the app on Oculus Quest.

There's been a huge increase in created AR/VR content in the last weeks and we are very excited about what's coming next!

If someone you know is looking for a way to prototype, design and share AR/VR experiences without code, don't hesitate to talk about Minsar. 😁

In this update we add a long overdue missing piece of the app: a Home UI!

We have carefully analyzed how you use the app, what you do upon first launch and when you are returning to the app.

When you have many projects, it can be difficult to remember which is which.

In this update, we have added the important information on top the thumbnail. The anchor type and the number of scenes are now displayed, and will help you easily find and open the project you need!

You can now easily multi-select elements on the fly, by pressing the A button on the controller while selecting elements to add or remove them.

We now provide a more seamless way to edit the properties of your Image Anchor.

Whether you're discovering the 3D modelling or an experienced user, you might one day forget to upload all the files of your 3D model on your cloud storage. If this happens Minsar Studio will tell you which asset is missing or could not be found. 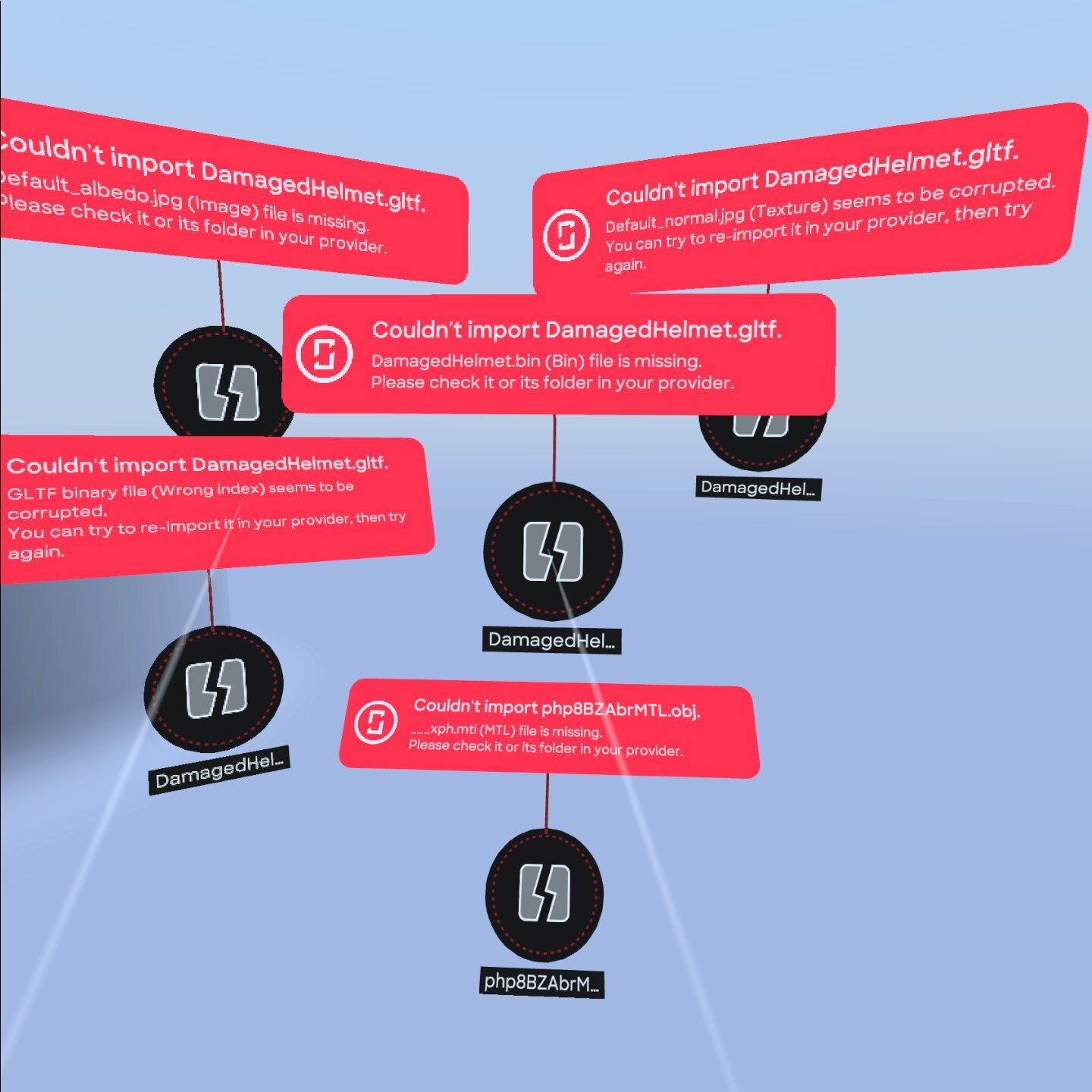 If one of the assets (texture or .bin file) is corrupted, we will also warn you. 🤗

We have updated the anchors visual when they're unselected to something more discreet.

Websites and Apps usually have more than one page and we take that for granted.

Until now, one project could only host one scene. We noticed many of you worked around this limitation by create several projects, linked together using the Open URL feature and the URL of each experience.

Now, using Minsar 2.5 you can create AR&VR experiences with more than just one scene! This vastly increases storytelling possibilities, and we can't wait to see what you will create with it.

We also provide a Duplicate Scene feature if you want to create similar scenes with only a few differences (such as a different 360 media, or the same assets with a slightly different layout).

It is now possible to add Actions such as Transform Action or Levitate Action on Elements that are inside a Group.

Volumetric videos are a great way to add humans in a 3D scene. It adds tremendous value to many scenarios in training, cultural storytelling, fashion, retail and entertainment.

In 2019, we introduced support for Microsoft Volumetric videos in Minsar 1.13.

In Minsar Studio 2.5 you can now import volumetric videos made using the 4D View technology! The 4D Views studios are located in the USA, France, the Netherlands, Japan and Taiwan.

We plan to add Web compatibility for this new file format in the coming months, allowing you to publish experiences featuring volumetric videos on WebXR.

As part of our efforts to improve the onboarding, we are adding a new Sample Assets Provider which will include different assets to try out.

In this release we have added assets from NASA: 3D objects, videos, images, and sounds.

In Minsar Studio 2.0 you could obviously Teleport. We have now added 4 new ways to move in the VR environment, which are useful in both standing and seated configurations.

Note all these new movements are experimental (especially the Zoom!) and will be fine-tuned in the next updates.

We have added haptics on the Oculus controllers for all kinds of interactions. In some places they're just fun, and in others they're actually very useful: especially for handling collisions between elements, anchors and environments.

The VR environment placeholders are here to help you place your experiences, especially for those using Horizontal/Vertical Surface Anchors and Image Anchors. We have updated the layout of the placeholders to make them more useful.

If you don't want to use the environment placeholders, feel free to teleport/rotate and you'll have a big, empty area!

We know color accuracy is important for designers and while the color fidelity was OK on our Rift build, the Quest version had some issue and the colors were too contrasted.

We have reworked the color space settings for Quest 1 and 2 and the result is much more satisfying.

When the keyboard is displayed, it will attempt to position itself closer and lower than its associated text box from the user's perspective.

We have updated our placement strategy to be able to place more triggers & actions around the related element.

The Triggers & Actions badges are now approximately two times smaller than before.

Hidden during an element manipulation¶

Triggers & Actions are now hidden during an element manipulation.

The Transform Action's animation duration can now be set to 0 second.

We have updated the entire codebase with new ways to handle our internal memory with the goal of removing a lot of the micro-freezes.

Performance improvement when anchor is selected¶

A major framerate drop would occur when the user would select the anchor. The drop increased with the complexity of the scenes. In Minsar Studio 2.5 selecting the scene's anchor won't lead to a decrease of performance.

Importing glTF with complex blend shapes animation would create a major freeze of the app. We have and still are working on improving our import pipeline performance to prevent freezes. In this version you already should see improvements in that regard.

As we ready ourselves to spend more time outdoors again in the post-pandemic world, we are re-building our Spatial Anchors feature from scratch. During our past year and a half, we have got a lot of valuable feedback and want to provide a more seamless UX for Location-Based Experiences (LBE).

For all customers currently using Spatial Anchors, the app will warn you and will offer an automatic migration to the Anchor of your choice.

It is now possibly to seamlessly move the Anchor with its elements by enabling the "Adjust with Elements" feature in the Anchor menu.

... and about a hundred other changes 😳

You can see the overall Spark AR support here.

You can now search and filter projects & experiences in the Minsar Portal. 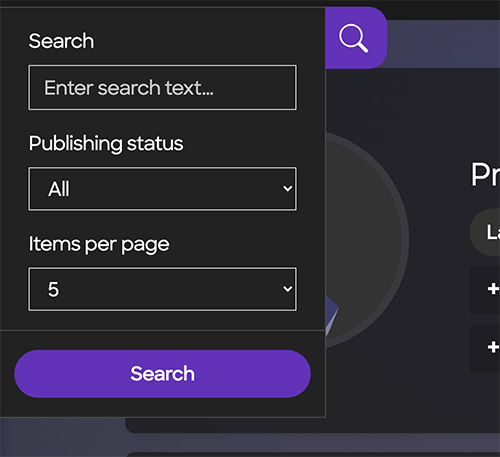